This photo of Donald Trump’s meeting with pope Francis, who looks like he wishes he was anywhere but there, and Melania and Ivanka Trump looking like they are in a scene from The Godfather, is sparking another round of guffaws, similar to the reaction to Trump blessing the magical glowing orb. 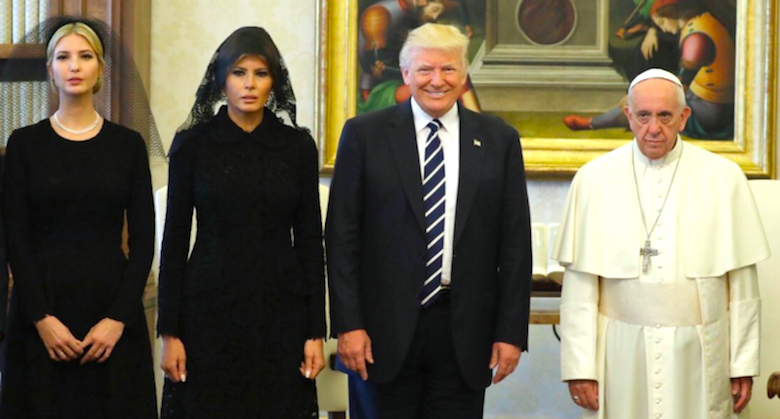 I particularly liked the comment by Anna Merlan that “I’ll totally watch this gritty BBC drama about a corrupt undertaker & his weird goth lackeys locked in a power struggle with a rural priest” and from Albert Burneko who asked, “is there some reason why ivanka and melania are dressed for a sicilian funeral?”

One thing that has been noted is that both Melania and Ivanka are wearing veils, something that they do not normally do. They did not cover their heads in Saudi Arabia, no doubt because it would be seen by Trump’s base as kowtowing to Islamic sensibilities. But deference to Catholic sensibilities is seen as acceptable.

Twitter encourages people to jump to wrong conclusions » « This is how heads of state converse?