If there is one organization that conjures up images of wholesomeness, it is the Girl Scouts. When my daughters were young, they were members of that inclusive and welcoming group and selling their cookies was the easiest thing because everyone loved the Girl Scouts. And the cookies were pretty good, too. 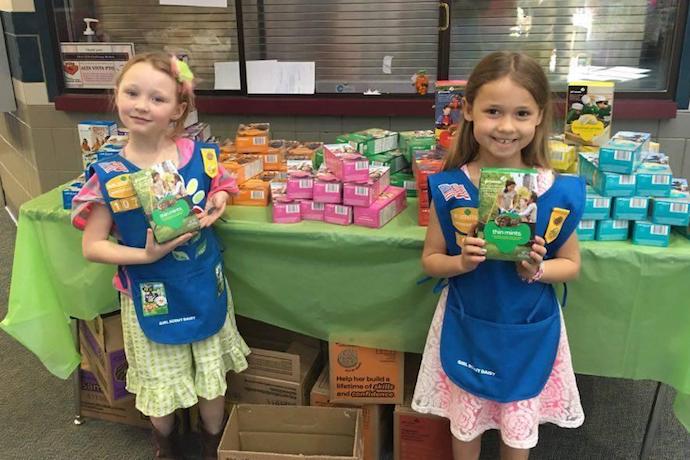 On the road to evil

Patricia Miller writes that the archdiocese of Kansas City of the Catholic Church has seen through that façade and recognized the evil that lurks within and demanded that all its parishes cut off all ties with the Girl Scouts. I had not realized that the U.S. Conference of Catholic Bishops had actually conducted a two-year investigation into the organization as a result of accusations by the right-wing loonies that cookie sales go to support that other evil organization, Planned Parenthood.

The Girl Scouts have been the victim of a long-term assault by right-wing activists who have exploited the organization’s membership in the World Association of Girl Guides and Girl Scouts (WAGGGS), which has advocated for sexual and reproductive rights at various UN events, to suggest the organization is actively promoting a pro-abortion ideology.

And, in the type of take-no-prisoners, fact-free rhetoric that has become all-to-familiar in the age of Trump, anti-Girl Scout activists have spread the rumor that the proceeds of sales of Girl Scout cookies go to fund Planned Parenthood. The national Girl Scouts organization says it takes no position and provides no materials on issues of human sexuality, abortion or contraception, and has no relationship with Planned Parenthood.

The inquiry found that local troops were largely autonomous of the national and international body and left it to individual bishops to decide their relationship with the Girl Scouts and the Kansas City archbishop Joseph F. Naumann has decided that the Girl Scouts must go.

Well done, Naumann! You have taken another step in making the church even more despised by young people.

Cartoons on religion » « The US’s love affair with cruel despots