That the Earth is a globe has been known for millennia. But how does one represent a sphere on a two-dimensional surface? For a long time the projection method called the Mercator system, created by Flemish cartographer Gerardus Mercator in 1569, has been used so widely that it has seemed as if it were the only way. But it is not and there are many ways of doing so. The popularity of Mercator has a lot to do with the fact that, in addition to making the shapes of countries similar to what they look like on the globe (with the extent of distortions increasing as one approaches the poles), it gives Europe and North America a larger size and puts them at central positions on the map, thus endowing them with a prominence that they do not merit.

Here are some of the misconceptions generated by Merctor:

There are other projections that can and, in my view, should be used because they present a more realistic picture n terms of sizes and I was really encouraged by the news that the Boston school system has decided to phase in the use of Gall-Peters projection in place of Mercator. 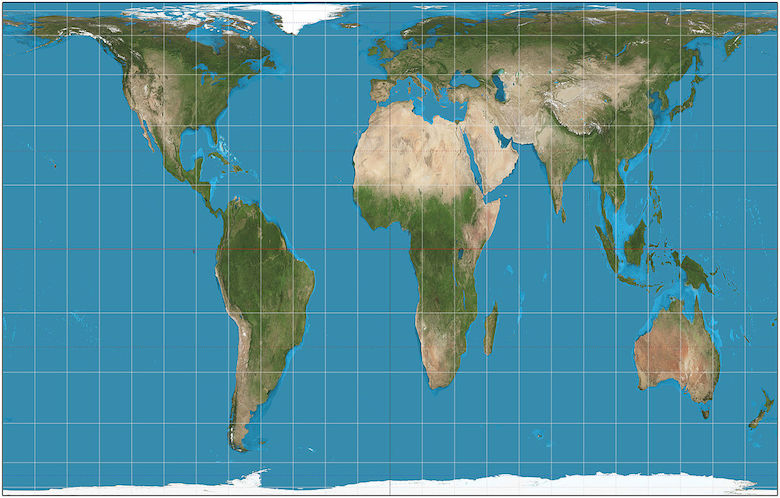 It would be even better to show it the way below since in space there are no ‘up’ and ‘down’ directions. 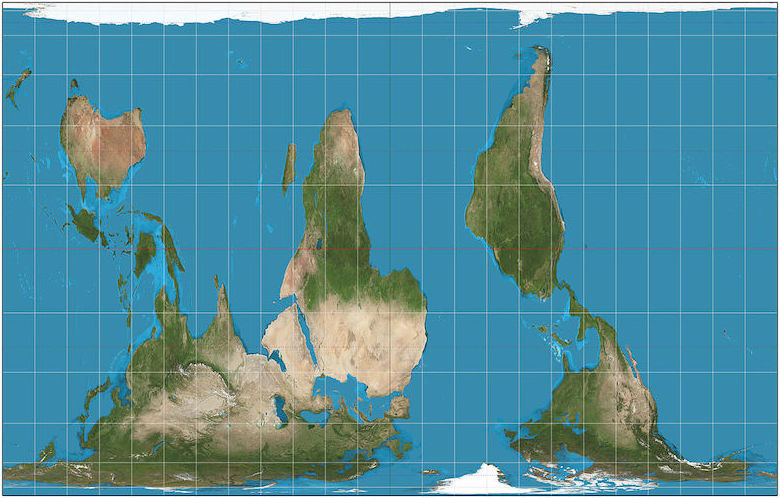 This clip from The West Wing gives a good discussion of the politics of map projection.

Prepare to hear howls of protest at the Boston decision as ‘political correctness’ run amuck and yet another example of how European culture is being devalued.