He provides this interesting graphic. 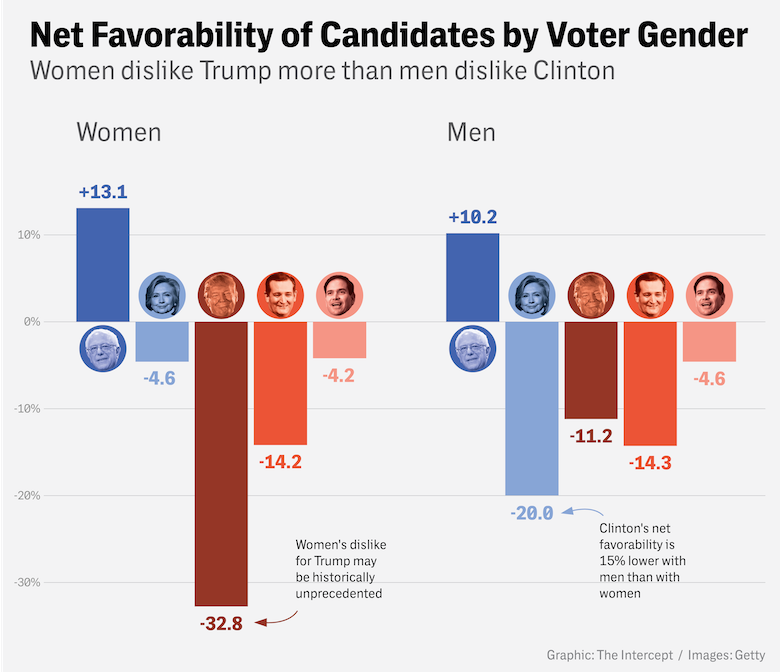 Interestingly Bernie Sanders is the only one who has positive ratings, and that is among both men and women. I think this is because people sense that, unlike the others, he is authentic and as Matt Taibbi (who has covered Sanders for a ling time) says, he is a ‘pathologically decent’ person and that shines through his gruff and brusque demeanor. Few would think of applying that description to any of the other candidates.