Janis Joplin’s psychedelic Porsche is being sold for $400,000. Maybe she got it from one of her friends.

Auction house RM Sotheby’s announced Tuesday that the Porsche 356C 1600 Cabriolet would go on the block on December 10 in New York and estimated the sale would generate more than $400,000.
…

She had it painted red with a mural that included images of butterflies and jellyfish, as well as of Joplin and her band.

“Janis Joplin’s 356C is without question one of the most important Porsches of all time,” said Ian Kelleher, managing director of RM Sotheby’s West Coast Division. 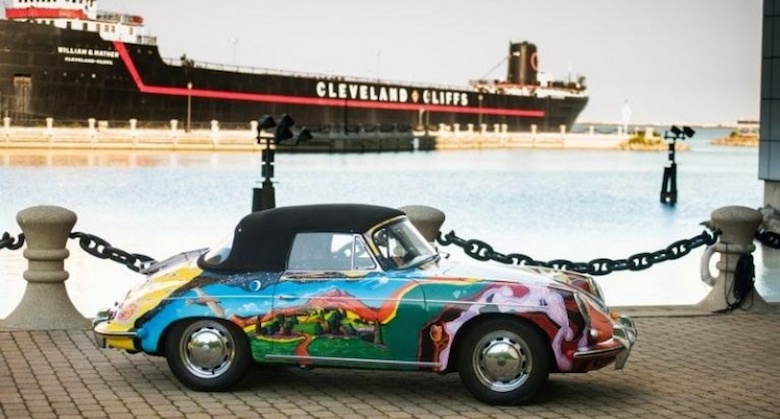 For those who don’t know what I am talking about with these cars, here’s her song.