The statue of Baphomet that the Satanic Temple wanted to place alongside the monument to the Ten Commandments on the Oklahoma capital grounds needed to find a new home after the state Supreme Court ruled that the monument was unconstitutional and needed to come down. They unveiled the one-ton statue in Detroit to the cheers of hundreds of supporters who had been emailed tickets to the event at a location that was kept secret until the end to prevent protestors.

The Satanic Temple unveiled the one-ton statue at an industrial building near the Detroit River just before 11:30 p.m. local time as supporters cheered, “Hail Satan.” Some of the hundreds in attendance rushed to pose for photos.

The statue of a winged Baphomet with a human body and a goat’s head resembled a design the group previously released. Statues of a boy and a girl stood in poses of adoration on either side.

It is a pretty impressive stature 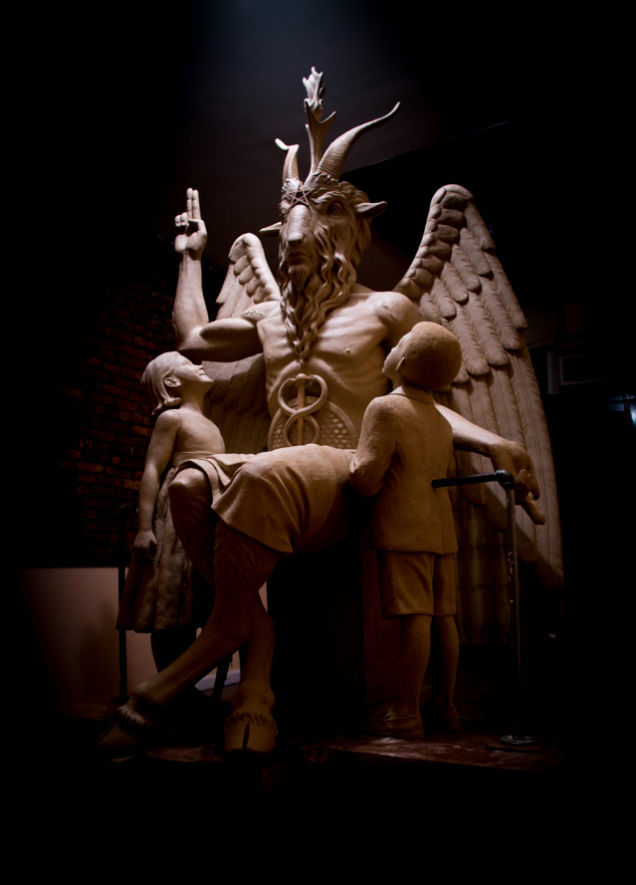 However, the statue might still need to be moved to Oklahoma since the state is still fighting the ruling with the governor saying she will appeal the ruling (to whom it is not clear) and the legislature threatening to change the constitution.

Mandatory minimum sentences » « To bleep or not to bleep