While the visual version is pretty intuitive to understand, it isn’t very quick or precise. There’s a more math-y way that fixes both problems, but it destroys some of the simplicity. I’ll skim through the basics, but feel free to skip ahead if you need to.

A more formal way to write our little algorithm is

Now we add the second dimension by introducing “complex” numbers. The name is a bit misleading, as we just need to make two simple changes: we introduce a special variable, i, and declare that multiplying it by itself results in -1.[130] In all other ways, we’re following elementary algebra. The second number of the pair, or the vertical part, is automatically multiplied by i, like

And with that, we can start working out the details. 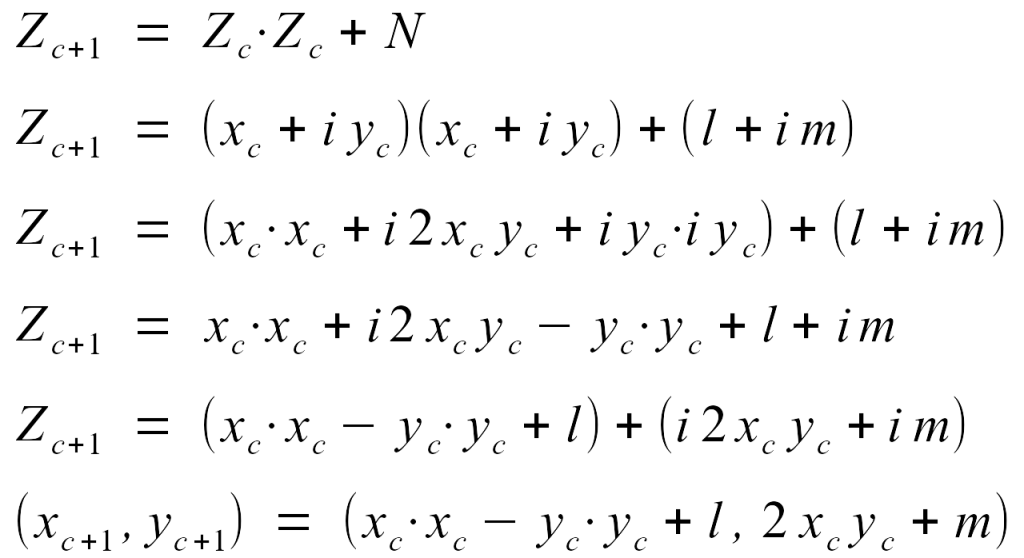 Translating back into English, we have:

Here’s a few examples of the two-dimensional version in action. Note that when the second number is zero, the first behaves exactly as it would if you were using the one-number method, which proves that we did our math correctly.

Gotta Have McKinnon and Jones, though. » « Where Bigotry Thrives