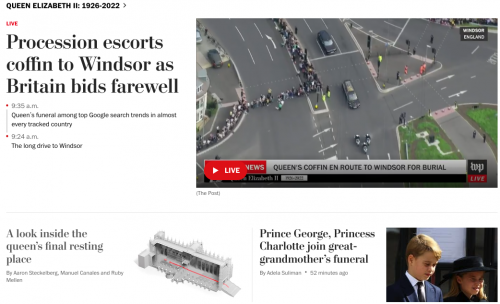 The front page of the New York Times: 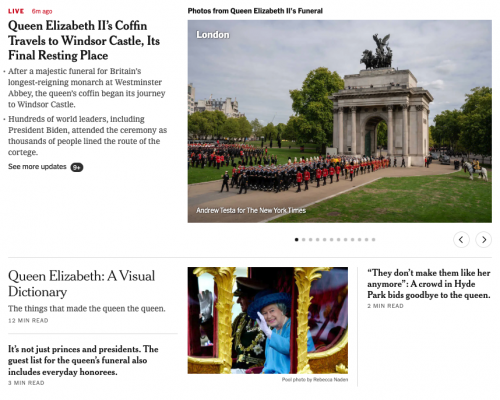 I don’t care any more. Shove the old dead parasite into her vault and move on, OK? I understand the slow procession of a corpse across a country might be the only news of importance in the world, but I have a suspicion that other things might also be happening, and it might be appropriate to balance a relatively mundane event with some matters of real import.

Oh, look! There was also a football game or two this week, and what? Biden declares the pandemic is over? Sorry, we’re out of time, need to talk about the queues of Brits lined up to watch a hearse drive by.

Jackie Chan of the spider world » « Is this really where the discourse is at now?