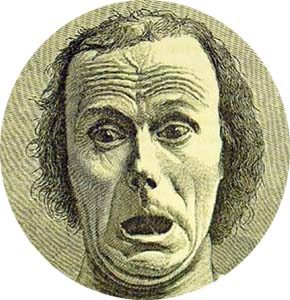 Speaking of bad ideas about Darwin, here’s a doozy. And it comes from the king of biased pseudoscience, Jordan Peterson!

In a career of saying stupid ignorant and scientifically illiterate things, this from JP is right up there, yet again he chooses to volunteer his ignorance. Darwin was wrong about plenty of things, and much of his work on facial emotions was indeed incorrect. https://t.co/yfIXVQuo11

It’s amazing, another thing that offends Peterson. He thinks there’s zero probability that Darwin could have been wrong, while if you talk to any real scientist knowledgeable about evolution (like Rutherford), they can readily rattle off a whole raft of things he got wrong. That’s not at all surprising, the Origin is 123 years old, and it set in motion more than a century of work to test and refine and expand his idea.

I need to make a couple of points here…

You might enjoy reading Barrett’s article, “Facial Expressions Do Not Reveal Emotions”. She’s explaining that old beliefs about the universality and specificity of the association of facial expressions with emotions haven’t held up, and that there’s a lot more fluidity in how we express ourselves that is often shaped culturally. This is a great summary:

An increasing number of emotion researchers are taking population thinking more seriously and moving beyond the essentialist ideas of the past. It is time for emotion AI proponents and the companies that make and market these products to cut the hype and acknowledge that facial muscle movements do not map universally to specific emotions. The evidence is clear that the same emotion can accompany different facial movements and that the same facial movements can have different (or no) emotional meaning. Variety, not uniformity, is the rule.

Darwin’s Expression is best viewed as a historical text, not a definitive scientific guide. That leads to a deeper lesson here: Science is not truth by authority. Science is the quantification of doubt by repeated observation in varied contexts. Even the most exceptional scientists can be wrong. Fortunately, mistakes are part of the scientific process. They are opportunities for discovery.

No one should be upset that one of Darwin’s ideas failed the test of time; I’m sure Darwin would have been the first to tell you that.

Why are Gaetz, Brooks, Biggs, Gohmert, and Perry still in office? » « Spider mating habits can repair ignorant slanders against Darwin