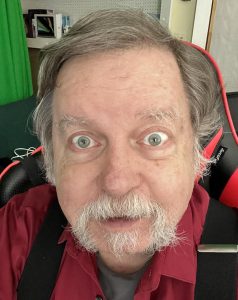 The end is in sight! Then…SPIDERS!

This week is in a curious kind of limbo. It’s the end of the semester, which means the students have lost focus, and I’ve helped them do that. Here’s my general grading strategy:

They’ve got all the information in hand right now to know whether they need to show up for class, and whether anything they learn will be at all helpful in improving their grade. I also announced that Wednesday will be just for administrative sorts of things — final chance to scavenge a few points by arguing with me, or just to discuss whatever they’re curious about in genetics.

So less than a quarter of the class showed up today, I expect it’ll be even less on Wednesday. I’m hoping it’s a calming, quiet part of the term that they can use to study hard for their other classes.

I’m not quite through myself, though. A pile of lab reports will be thrown over the virtual transom at midnight tonight, and I have to get them all graded by Wednesday morning. Then I have to write the final exam, which I expect only a quarter of the class (again) will take, and which will be due on Thursday the 12th, prompting a final, brief flurry of grading, and that’s it. Really, I’ll be officially done next week, but it’s mainly just coasting along for me. Then SUMMER BREAK.

I have plans for that, too. I’m going to be doing some regular spidering stuff, and I have also vowed to strip all the wallpaper from our dining room and master bedroom and repaint by 31 May. It helps to give myself deadlines for the mundane boring jobs.

And the winners are… » « If we really cared about the future, we’d jail all the long-termists