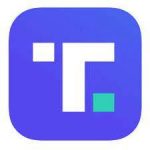 It’s easy, right? You could write it in BASIC and run it off the old Apple II in your closet. You just accept a text string from someone calling in, and you post it on a web page, and presto! Fame and money start rolling in.

Even Donald Trump could do it! Or think he could do it, because that man is delusional.

The rollout of Donald Trump’s social network has predictably been a disaster. Truth Social’s debut on Monday was marred by technical problems and a gigantic waiting list, while some people who actually were able to use the service complained of being “censored.”

Truth Social “has been almost entirely inaccessible in the first days of its grand debut because of technical glitches, a 13-hour outage and a 300,000-person waitlist,” The Washington Post wrote yesterday. Trump Media & Technology Group CEO Devin Nunes said on a Fox News show that Truth Social’s goal is to be “fully operational at least within the United States” by the end of March. The waiting list is now over 500,000.

I wonder how many of those half million are lookie-loos gawking at the train wreck, how many are reporters who figure they just have to report on this desperate ex-politician’s fantasy (they don’t, by the way), and how many are sincere followers of Trump AKA chucklefucks?

Of course he didn’t design this himself.

They just grabbed some existing software, plastered some graphics and revised some of the text messages, and called it good.

I have an account on Mastodon. I didn’t have to wait in line to get it, just found an instance that didn’t have the Donald on it, and started typing. Isn’t the point of Mastodon to have a decentralized distribution of servers, anyway?

Also, it’s a bit ironic to name the failing media site created by a politician known for constantly lying “truth”.

Fancy, but how do you get through the door? » « Shouldn’t reporters be expected to know a little history?