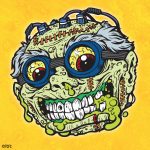 I wonder how history will look back on the first decades of the 21st century. When I was growing up, this was supposed to be the century of miracles and wonders, of science and technology leading us to a golden age. It hasn’t panned out that way.

America throwing away its freedoms in a frightened response to terrorism. Spastically bombing and blowing up distant countries in a futile 20 year war that ended in defeat. Electing the dumbest bumbling president in our history, then doubling down by later electing a corrupt clown. QAnon. Billionaires getting richer, unchecked, while demonstrating their idiocy. Our public intellectuals are Joe Rogan and Jordan Peterson. The IDW. A congress that sits on its thumbs while trying to decide if an insurrection to take over the capitol should be punished or not. Previously mentioned corrupt clown planning another presidential run while announcing his intent to jail anyone who disagreed with him…and not being arrested. Black people being murdered at will by cops. Climate change, and its neglect. The MAGA movement. Brexit. Boris Johnson. A serious pandemic that is approaching a million deaths in the US alone (although, to be fair, the US has been the absolute worst at making a coherent response to the threat.) Anti-vaxxers. And, to put the slimy icing on the shit-flavored cake, blockchain and bitcoin madness.

Here’s another story about how cryptocurrency is a giant Ponzi scheme. It was obvious from the beginning that it was a scam. It divided the population into three groups: the wealthy grifters who have been promoting it, the gullible marks who happily handed over their money to the lying con artists, and the rest of us, who were smart enough to see that it was another fraud by the rich to bleed the less well-off. Perhaps just as damning is the fact that our government closes its eyes to this massive Ponzi scheme running unchecked — perhaps because our government is run by and for the kind of people who benefit from it — when there are solutions.

Going after fly-by-night stablecoin issuers will devolve into a hopeless game of whack-a-mole. The only real solution is to ban the trade of private cryptocurrencies entirely. We cannot stop foreign actors from issuing unbacked stablecoins and manipulating crypto prices on unregulated exchanges. But we can make it illegal to sell cryptocurrencies on banked exchanges, such as Coinbase, operating entirely legally while they cash people out of the Ponzi scheme.

China already banned cryptocurrencies entirely, and India and Pakistan are poised to do the same. Other countries have also made moves to prohibit or constrain cryptocurrencies, but Western liberal democracies are notably permissive. This is in no small part due to aggressive industry lobbying, which includes hiring former financial regulators and compliance officers into the industry to influence policymakers.

We do nothing. Congress has been bought.

So yeah, I’m curious. How will the world summarize this moment we’re living in from the perspective of the 22nd century? So many problems, all with solutions that we talk about but never act upon, future citizens will wonder whether it was a consequence of contaminated tap water or some brain-eating fungus, because it’s otherwise inexplicable. Unfortunately, I’ll never know, because even if I had a time machine, the histories will probably be written in Mandarin, and all the ones in English will all be censored.