So we now have this PowerPoint document that the former White House chief of staff was sharing with select members of congress. It’s blatant, advocating overthrowing the government. 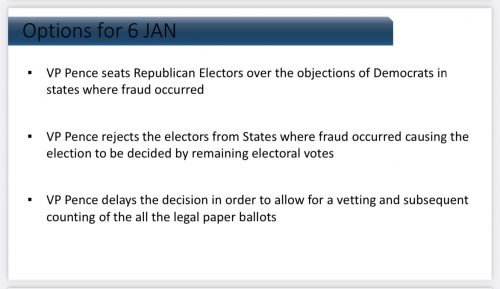 Rejecting the electors from “states where fraud occurred” — I think that’s Trump-speak for Democratic votes. 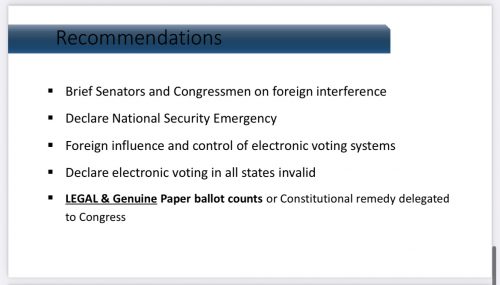 “Declare electronic voting in all states invalid”, so they were going to discard legal, recorded votes.

This was a threat to commit a coup. We have it in writing. We know who the principle players were. Trump is still holding rallies and planning to run for the presidency in 2024, and there are criminal conspirators in congress still serving on committees and passing laws.

This is absurd. These were the same kooks who were changing “lock her up” about a politician who had not committed a crime. Why aren’t these traitors being arrested, stripped of their positions of authority, and held for trial? Why are the Democrats just sitting there, doing nothing but having Nancy Pelosi spam me with email begging for money? I might make a donation when Trump is in jail and everyone who received that PowerPoint is fired.

Anne Rice is dead » « The things you learn on the internet