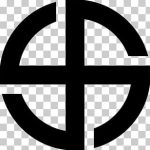 Let’s get all Manichaean on their asses!

Caroline Matas attended an Answers in Genesis conference, and was chilled by what she saw. She was the only one wearing a mask, and was most concerned with why American evangelicals have so much contempt for modern science and medicine. I think Ken Ham delivered the answer.

Secular scientists might claim that they allow observation and replicable experimentation to dictate their conclusions, but Answers in Genesis argues that scientists are deluding themselves about their true “starting point.”

Ham famously argues that there are only two religions—conservative Christianity based on a literal and univocal reading of God’s word and secular humanism derived from “man’s word.” At this week’s conference, he went a step further, claiming that secular scientists cannot claim a “neutral position,” because any worldview that is not actively in service of his version of orthodox Christianity is “hostile” to God and “desperately wicked” in its thinking.

“If it’s not for Christ, it’s against,” Ham told a cheering audience.

Well then, count me in as against Christ. I think there are a lot of Christians out there who don’t accept Ham’s narrow-minded, pig-ignorant view of their faith, and are going to be surprised to learn that they are against Christ, but OK. It’s nice for us atheists to have abruptly become the majority.

However, this also reminds me of the time I was paired up to present at a humanist meeting with David Silverman. His message was that everyone there was actually an atheist — every Christian humanist, every Jewish humanist, every agnostic, every one who still went to church but thought god was a more complex concept than an anthropomorphic old guy in the sky, even deists like Thomas Jefferson — if you didn’t subscribe to an orthodox, literal-minded version of your religion, you were an atheist, and you should admit it to yourself and everyone else. It did not go over well. There was much eye-rolling and head-shaking in the audience, and I had to amend my talk on the fly to explain that I did not endorse Silverman’s views.

I think David and Ken would have gotten along famously. They have exactly the same sentiments about religion.

The terrible thing about this perspective is that as soon as you make everything us-vs.-them, you’ve got a tool to shoehorn everyone into opposing camps on every issue. It doesn’t matter that the Bible says nothing about vaccines — you can tell everyone that you don’t like ’em, and you’re a man of God, therefore anyone who is a true man of God should despise vaccines.

Studying evangelical media has made me keenly aware of how quickly and thoroughly this narrative can be employed to train consumers in the orthodoxy of the moment. What matters is not what happens to fall in its crosshairs: critical race theory, secular humanism, same-sex marriage, vaccine mandates; the fuel running the machine is a belief that this world is split into two “religions”—the “true” one and the “false” one whose aims are unceasingly hostile and evil.

Friday Cephalopod: Sexy or scary? » « We saw this coming long ago