Is anyone surprised by these revelations?

Mark Zuckerberg has publicly said Facebook Inc. allows its more than three billion users to speak on equal footing with the elites of politics, culture and journalism, and that its standards of behavior apply to everyone, no matter their status or fame.
In private, the company has built a system that has exempted high-profile users from some or all of its rules, according to company documents reviewed by The Wall Street Journal.

I’ve noticed. Some people get to say anything they want, especially if it’s disinformation about medicine or politics, while others (you know, the peons) get slammed if they post a selfie that looks funny. It’s not just me that sees the inequity, though — it’s Facebook’s own self-examination.

A 2019 internal review of Facebook’s whitelisting practices, marked attorney-client privileged, found favoritism to those users to be both widespread and “not publicly defensible.”
“We are not actually doing what we say we do publicly,” said the confidential review. It called the company’s actions “a breach of trust” and added: “Unlike the rest of our community, these people can violate our standards without any consequences.”

Note: internal review. This wasn’t some competitor trying to take an axe to the company, it was their own lawyers.

Time and again, the documents show, in the U.S. and overseas, Facebook’s own researchers have identified the platform’s ill effects, in areas including teen mental health, political discourse and human trafficking. Time and again, despite Congressional hearings, its own pledges and numerous media exposés, the company didn’t fix them.
Sometimes the company held back for fear of hurting its business. In other cases, Facebook made changes that backfired. Even Mr. Zuckerberg’s pet initiatives have been thwarted by his own systems and algorithms.

Gosh. Sure sounds like a tobacco company. They’re not going to fix anything, because it might hurt their revenues. I use Facebook to keep in touch with family, but half my feed is click-bait and ads for things I don’t care about.

One area in which the company hasn’t struggled is profitability. In the past five years, during which it has been under intense scrutiny and roiled by internal debate, Facebook has generated profit of more than $100 billion. The company is currently valued at more than $1 trillion.

What’s weird there is that they rake in all this money, but their CEO still can’t get a haircut that makes him look human. 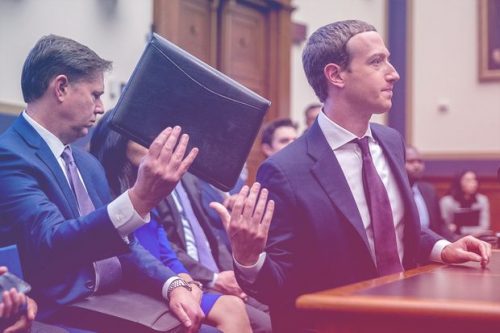 Break them up, nationalize the social media services, and hand Zuckerberg $50 and directions to a barber shop that doesn’t cater to androids.

What kind of ridiculous poison will they ingest next to avoid a simple vaccination? » « German engineering! Also, German history