It’s only a bit over 150 years too late, but I’ll take it — deserved worse. It’s also a barbaric punishment, but it’s only being done in effigy, so you can’t complain too much. 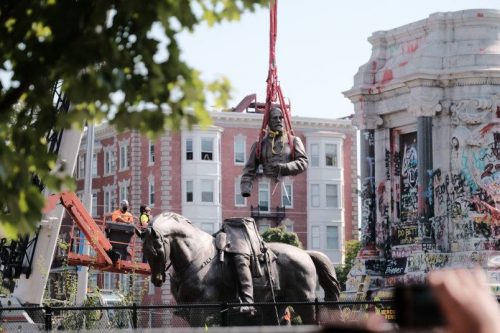 He does have his defenders, though, but it’s too bad that they include a certain stupid ex-president who declares Lee the greatest strategist of them all, except for Gettysburg. Wasn’t Gettysburg ultimately a tactical failure? And wasn’t the greater strategic failure getting involved in the Civil War at all? I’d have to say that Grant totally out-strategized Lee.

Iä! Iä! Teilhard de Chardin fhtagn! » « I love it when they call me a creationist