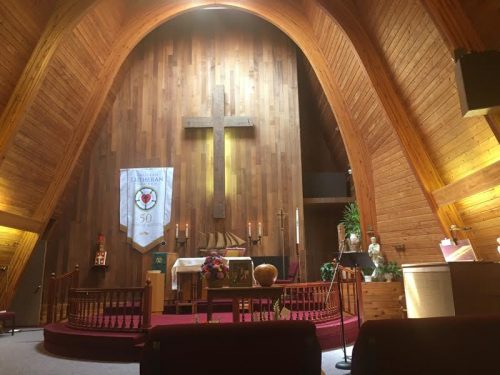 It says something about my brother’s character that he marries well. His first wife, Karen, was the sweetest, kindest young woman you’d ever think to meet, and they had a long and happy marriage until she was killed by melanoma.

A few years later, lightning struck a second time, and he married Julie, a marvel and a saint, former Peace Corps volunteer, health care worker, and just general all-around joy to be with. Yesterday I met friends who’d known her for over 50 years, and were still loyal and loving her. She was active in her church, and was a critical part of the glue that held the congregation together.

She had a secret, though: bouts of severe clinical depression. It killed her earlier this year.

So I sat through a church service yesterday and listened to her friends, many if not all of them equally devout, sing her praises, entirely deserved from all I knew about her. She was someone they knew was in heaven.

All I could think was that my brother was a better person than their god, and God didn’t deserve her.

The BIG announcement! » « Bounty of the sea