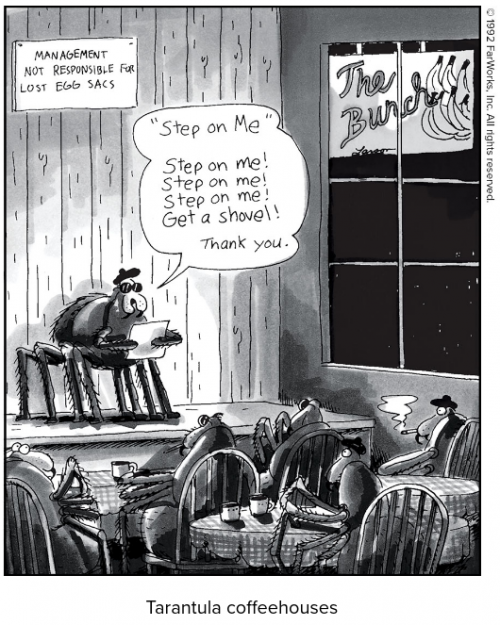 You know what else is tragic? I buy bananas all the time, and have never found a large spider among them. I’d pay extra for a bunch of bananas with a bonus spider!

Idolatry of the atheist kind is just as repellent as any other » « Conspiracy! Right under my nose!