Today’s hour of spider-zen was spent feeding (they were hungry — they always hunger) and tinkering with the photography lighting. The image below is a product of some experimenting: I use an LED ring light attached to the microscope, which gives a uniform brightness to everything, which isn’t always desirable. My photographs come out looking flat, with shadows mostly lost. So today I 1) used a darkfield background, and 2) fired up my halogen lamp with the fiber-optic dual goosenecks, and tried lighting more from the side. I still have some work to do, but I kind of like this image. The side-lighting and darker background is much more effective at imaging the spider silk, and the warmer lighting of the halogen added some lovely red-gold highlights to the spider.

Compared to my other recent photo, I think it’s less cartoony and much more true to life. 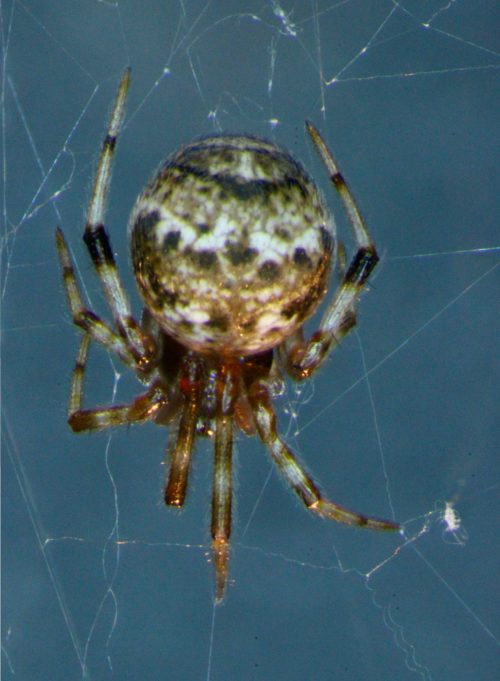 The photomicrography experiments must continue.

Except now I’ve got a class coming up. I wonder what I’m going to say?

Republicans really are that nasty » « A spectacular illustration of cop blindness