Boy, that guy plummeted from far right wing darling to persona non grata fast. Now he has been banned from Parler, the “free speech” website, or more accurately, the “free speech for fascists and racists” site. You’d think he’d fit right in there.

CONFIRMED: Milo Yiannopoulos has been banned by PARLER! https://t.co/yYqlePZmfr

He had taken to declaring that he was going to publicly post Ben Shapiro’s phone number, in the name of free speech, and then he started suggesting that he’d give a $500 bounty to people who murdered immigrants. 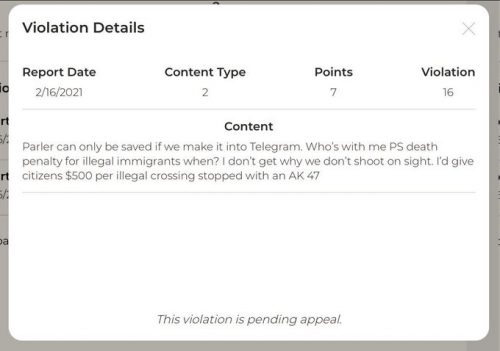 Fabulous. Soon I’ll never ever have to hear about Milo again.

That reminds me… » « You go to a panel discussion, and then discover the other panelists are promoting a eugenics article from Areo