Wow, the naiveté. There was never a time when I thought this would be a good idea. 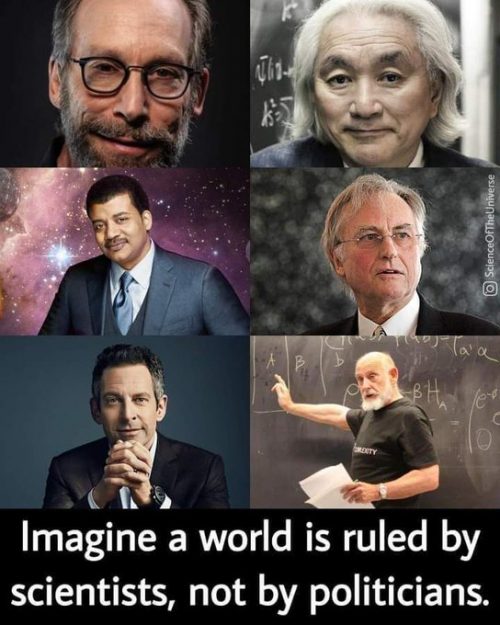 Imagine a world is ruled by scientists, not by politicians.

I don’t know who the guy on the bottom right is, but I hope he’s embarrassed to have been lumped in with that crowd of people, none of whom have any qualifications in governance.

Also, the bad grammar — this seems to be an image patched together by some guy who has nothing but a twitter account, Physics-astronomy.org, a Facebook page, and an ugly news-aggregator site, Physics-astronomy.org, none of which are affiliated with any organization of physicists, and which seems to be a site that skims off articles on science from other sites and posts them without attribution. It’s the product of a no-talent parasite, in other words, so it’s doubly embarrassing to see that kind of stupid arrogance.

It’s a shame that so many atheists are suckers for this kind of crap.