Or maybe a psychologist. OK, I sorta understand the wacky mindset of those people who obsess over gold — they want the heavy shiny stuff, because it seems more solid and real than the abstraction of numbers in a bank account, and if you are a bit paranoid, you might want that apparent reliabilty of an expensive metal under your mattress. It’s the kind of thing that gets advertised on talk radio, with an audience of terrified old people (and your goal is to terrify them even more), so Rush Limbaugh and Glenn Beck rely on that gold advertising money.

But this mystifies me. Why would these same people then turn around and trust…a credit card? The latest iterations of stupid conservative talk radio, like Dave Rubin, are now promoting something called the Glint card, which is a credit card which claims to be based on gold. 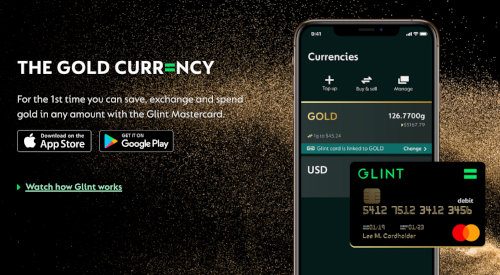 I don’t understand the psychology here. If you’re one of those people who doesn’t trust bank accounts, where your money can be whisked away with a flicker of bits in a computer, why would you then turn your precioussss into another abstraction?

Tragic trace fossil » « Dreading how this could end