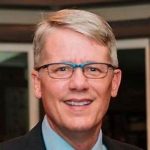 Way, way back in 2006, I heard that Mike S. Adams was coming to UMM. I was surprised. He was one of those far-right loons who ranted on various conservative websites, and I’d commented on some of his poisonous crap, but why would he come all the way out here? And why would any of our students bother with such a goofball?

I attended his talk. I arrived late, had to listen from the hallway, and didn’t think much of it…but apparently, Adams was looking for me, and noticed that I didn’t ask any questions, and wrote a whole column calling me a coward and misspelling my name. I had to write an article explaining why I was unimpressed and repelled by him, but I was touched: he actually cared about me, and expected that I’d want to talk to him, and seemed disappointed that I found him so repugnant that I had no interest in engaging with a right-wing troll.

It was surprising then, to discover that Mike S. Adams is dead, as I learned in this video (it’s mentioned somewhere around the 15 minute mark, before dissecting Adams’ odious beliefs). He had been battling his university, demanding a promotion to full professor that it had denied him, and went through a long painful series of court engagements which he eventually won, I guess: he was promoted to full professor and given 7 years of back pay, about $500,000, but also agreed to retire. I imagine that cost him, maybe more than he was awarded, and the week before he was due to finally retire, he killed himself.

I wonder how all those people who sent me hate mail, prompted by his column, feel about this unforgivable injustice? They’re welcome to write to me some more, vent their rage and all that, since I don’t mind, and have enough self-confidence that I won’t be affected by their impotent fury.