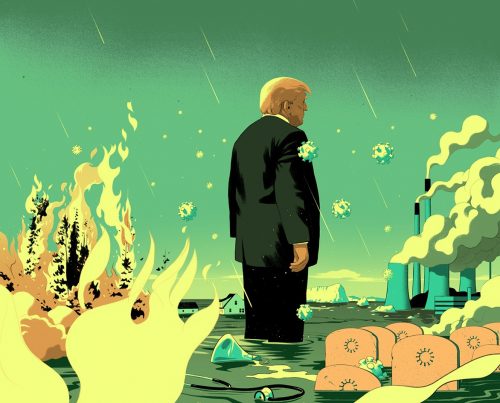 Good morning! Nature has a long article titled “How Trump damaged science — and why it could take decades to recover”, and everyone should read it.

The US president’s actions have exacerbated the pandemic that has killed more than 200,000 people in the United States, rolled back environmental and public-health regulations and undermined science and scientific institutions. Some of the harm could be permanent.

It goes through some of the areas Trump has damaged: climate science has been deeply compromised, the environment has been thrown open to destruction, the pandemic is ravaging the country, and he’s been closing the doors to international collaboration and has been dismantling our international reputation. It doesn’t even touch on the fact that he’s packing the judiciary with science deniers, or his dangerous enabling of racists.

Yet here we are, seriously considering re-electing this corrupt vandal back into office where he can do even more damage. Some of his terrible decisions are going to take decades to repair if they’re reparable at all, if he gets four more years we can just forget about any delusion of leadership in science, or of having any kind of technological edge. It’ll all just be…gone.

Today, I picked on the bad science of TERFs some more » « No wonder the calendar in my brain was beeping at me