I’m not enthusiastic about getting a slap in the face in November, but it beats getting a chainsaw to the crotch, for sure. 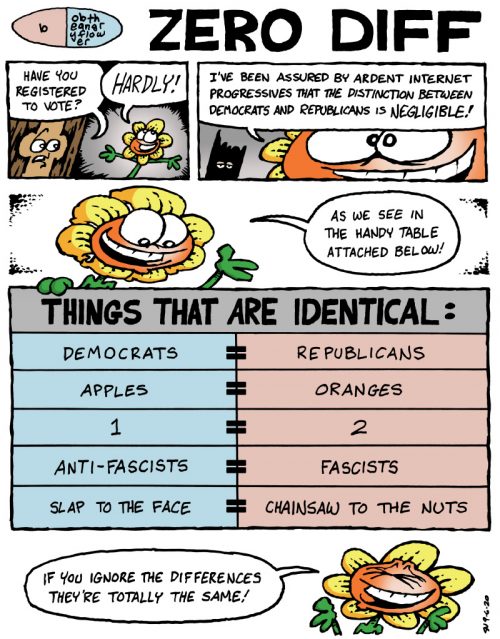 Now waiting for all of us to realize that we’re being herded into this duality to accept our punishment when maybe there’s a third way that doesn’t involve either slapping or chainsaws. We just have to figure out how to get there.

The sad thing is that faced with what should be an obvious choice, there are lots of people who will welcome the chainsaw.

Surprising spider industry » « Mark Siddall becomes famous for something! Not for what he would have intended