I have received a mission request from iNaturalist. I have chosen to accept it. It did not self-destruct after I read it.

Records of Argiope aurantia (Yellow Garden Spider) and Argiope trifasciata (Banded Garden Spider) for 2020 started getting posted a couple of weeks ago. These two species are some of the most photographed spiders in Minnesota thanks to the female spider’s habit of sitting in her web in sunny locations like prairies and gardens. These species are easy to distinguish from one another and no other orb weavers match either their size or bold patterns.

Last fall the members of this project joined forces to find 13 new county records for Argiope aurantia and 12 new county records for Argiope trifasciata. But we still haven’t recorded these species in every county in Minnesota so I’m throwing down the gauntlet once again! Can we make these two species the first two spiders known from every one of Minnesota’s 87 counties?

You know what this means — ROAD TRIP! I noticed that West Central Minnesota counties are largely represented on the list. In my region, only Stevens (where UMM is), Douglas (where the larger city of Alexandria is), and Stearns (St Cloud) have had records for these species. Mary and I figure we can hit up 3 or 4 neighboring counties and make a small dent in that list today, and get out and explore at the same time. We might also squeeze in our local grocery run and have a picnic. We can’t lose!

We made a trial run last night, just here in Stevens county. We found lots of Argiope just in the grassy ditches that run alongside the highways around here, so this ought to be easy. If any of my fellow Minnesotans in more distant counties want to join in, please do. 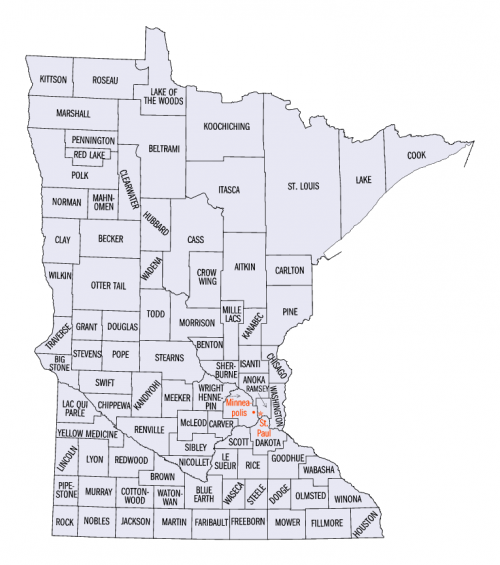 If you don’t know what these spectacular spiders look like, I posted some photos on Patreon and Instagram.