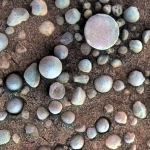 I’ve made the big leagues. I’m cited on c/net in a review of panspermia claims.

Joseph is an enigma wrapped in a riddle wrapped in a shirt unbuttoned to his stomach. He is, according to his autobiography, a well-known and acclaimed neurobiologist. He enjoys the ocean, walking along the beach and hiking. His self-published articles argue life has been found on Mars and Venus, and propagate an alternative view of life’s beginnings.

That theory is “panspermia.” It holds that life first arose in space and that planets in the solar system were “seeded” with microbes carried across the cosmos by dust, meteors and debris.

“Panspermia is one of those things where all the biologists are saying, ‘Maybe it could have happened, but we don’t have any evidence for it’,” says Paul Myers, a developmental biologist at the University of Minnesota, Morris. Myers has refuted the theory in the past, leading to clashes with Joseph and his colleagues, a group he calls “the panspermia mafia.”

Two of panspermia’s biggest proponents are famed astronomer Fred Hoyle, who died in 2001, and his protege Chandra Wickramasinghe. Hoyle helped unravel “stellar nucleosynthesis,” a process that occurs in stars to generate all the chemical elements in the cosmos and, in collaboration with Wickramasinghe, the pair discovered the organic material that makes up cosmic dust. However, in the latter parts of their careers, the two have made controversial claims with little evidence to back them up, including the idea that viruses, like the flu and coronavirus, come from space.

Myers says the academic pedigree of Hoyle and Wickramasinghe gave panspermia an air of credibility in the 1970s, helping the pair popularize it as a renegade view of the origins of life. But the theory has served as a launching pad for nonsensical, pseudoscientific theories — including Joseph’s belief that Mars is full of mushrooms, fungi and lichen.

Wickramasinghe remains the godfather of panspermia, continuing to publish on the theory in books and his own journals. Rhawn Gabriel Joseph is the heir apparent.

It’s not just me, of course. They review his claim of mushrooms sprouting on Mars.

How Joseph’s piece moved past the peer review process and was accepted for publication remains a mystery. The process usually weeds out these explicitly non-scientific claims. Other astronomers and astrobiologists who examined the research soundly rebuked its conclusions, citing poor methodology and analysis.

Michael Brown, an astronomer at Monash University in Australia, said “there’s some pretty horrible over-interpretation of blurry photos,” while Gretchen Benedix, a geophysicist at Curtin University in Australia, noted “increasing image sizes to investigate the objects of interest does not change the resolution of the image and therefore does not give better analysis of the objects of interest.”

Rocco Mancinelli, the editor in chief of the International Journal of Astrobiology, called the science and logic “completely flawed,” and said he would recommend it be rejected for publication.

A NASA spokesperson told me “the consensus of the majority of the scientific community is that current conditions on the surface of Mars are not suitable for liquid water or complex life.”

As the article points out, Rhawn Joseph and his cronies have been tainting a scientific subdiscipline for decades, relying on promotion by tabloids to generate the illusion of authority.

Over the last decade, Joseph and JOC have mostly been ignored by NASA and by the scientific community. Very few scientists take the alien fungi claims seriously, but Joseph’s work has been highlighted in UK tabloids, RT and many well-meaning science news sites since February 2019. Some have touted Joseph’s websites as “scientific journals” and even confused Joseph’s vanity website with legitimate, similarly named journals. One painted Joseph as someone trying to “defy the odds.”

And that’s where the danger lies.

Astrobiology, the search for and study of extraterrestrial life, is a serious scientific endeavor. NASA has an astrobiology program, and searching for life is a critical part of its Mars exploration program. And although the public seems resistant to fanciful claims of fungal spores on Mars or lichen on Venus, they haven’t gone away. If anything, social media seems to have made us more gullible. As crank, fringe theories start to gather steam in honest peer-reviewed journals, the public’s perception of astrobiology can quickly be muddied.

Let’s hope this is the end of Joseph and Wickramasinghe.

I doubt that it will be. They’re going to continue to dump junk science into the literature.