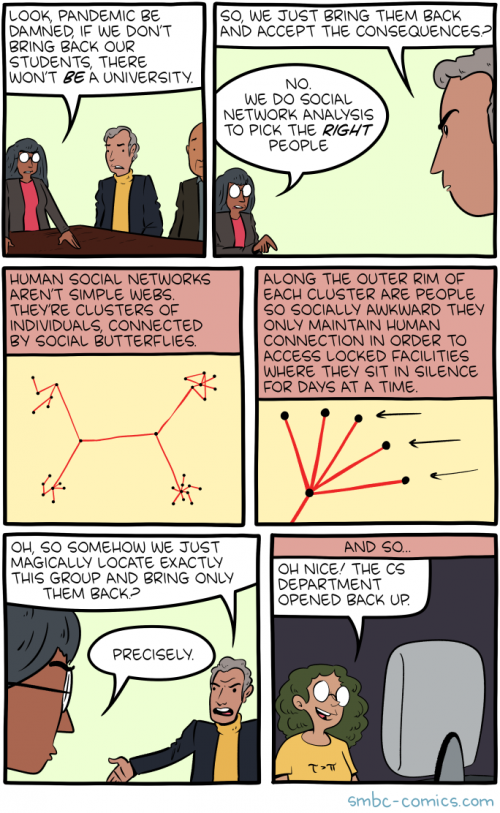 Would departments where you sit and observe spiders, or other non-humans, also count?