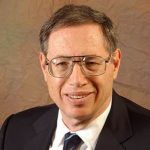 This New Yorker interview with “legal scholar Richard Epstein” is one of the most amazing exhibitions of arrogance I’ve read lately…and I’m living in the age of Donald Trump. Epstein earlier wrote an essay for his home base, the right-wing think tank the Hoover Institution, in which he predicted that the coronavirus pandemic was over-exaggerated, that it would peak with about 500 deaths and then fade away. His work was widely cited by conservatives, claiming that it showed that the cure was worse than the disease. His estimate was passed within a week, and the death toll is still rising. He’s wrong, definitively, and his prediction was quickly falsified. But he’s still defending it!

Most galling, his defense is that his prediction is supported by evolutionary theory. I know a little bit about evolution, so that was a startling claim. He’s a lawyer, not a biologist. He tries to explain his justification in this interview, and it turns out to be built on wishful thinking and faulty beliefs in how evolution works.

Here’s why he thinks the pandemic wouldn’t be as bad as the experts say.

But then adaptation starts to set in. And, in my view, adaptation is a co-evolutionary process in which things change, not only in human behavior but also change in genetic viral behavior.

OK, sure, humans are evolving, the virus is evolving, but how does that support the notion that the virus will kill 500 and not 100,000 people? There’s a leap there that emerges murkily.

Wait, so his argument is that the virus will adapt to become relatively harmless before any public health work can take effect? I seem to recall that this viral adaptation to become weaker didn’t happen with, say, polio. He’s making assumptions about the rate of change.

Well, what happens is it’s an evolutionary tendency.

Also assumptions about a “tendency”. How does this work? He explains that. It’s jaw-droppingly stupid.

So the mechanism is you start with people, some of whom have a very strong version of the virus, and some of whom have a very weak version of the virus. If the strong-version-of-the-virus people are in contact with other people before they die, it will pass on. But, if it turns out that you slow the time of interaction down, either in an individual case or in the aggregate, these people are more likely to die before they could transfer the virus off to everybody else.

So his idea of why slow-the-spread works is not that it gives health services time to treat severe cases, it’s that he imagines there is this substantial variation in lethality of the virus, and that isolation allows people carrying strong strains to die, eliminating those variants, giving weak strains a selective edge. This ruthless Darwinian winnowing of viral strains will occur over the course of a few weeks.

He’s postulating a hyper-evolutionary acceleration; it’s very similar to the arguments of creationists who think all the vast amount of variation in species emerged from a few kinds preserved from the Flood 4000 years ago. Good evolutionary biology does not treat selection as a god-like force that instantly generates an optimal solution — we’re entirely aware of the limitations and how fast it can potentially work. We can use math. Epstein’s mechanism might work…over a few hundred thousand generations, which I suspect is even slower than our dilatory president’s response to the crisis.

And you’re not an epidemiologist, correct?

No, I’m trained in all of these things. I’ve done a lot of work in these particular areas. And one of the things that is most annoying about this debate is you see all sorts of people putting up expertise on these subjects, but they won’t let anybody question their particular judgment.

No, he’s not trained in those particular areas. He’s a lawyer. They work contrary to how scientists work. Lawyers start with the conclusion that they want to reach, and then select evidence that fits that conclusion.

That comment is particularly ironic because it applies spectacularly well to him. He’s claiming expertise he doesn’t have. You know, as I said, I actually do have some training in evolutionary biology, but I understand the limitations of what I know. I understand general principles and basic rules, but I also know that there are domains of specialization, like epidemiology, that I know very little about. I wouldn’t try to trump an epidemiologist’s detailed understanding of pandemics with my general knowledge of evolution of fish and spiders and cephalopods. Yet here’s Epstein, asserting that his legal training qualifies him to know better than epidemiologists.

I also wouldn’t declare that my knowledge of biology means I know better than Epstein how the law works.

What I’m doing here is nothing exotic. I’m taking standard Darwinian economics—standard economic-evolutionary theory out of Darwin—and applying it to this particular case.

There is actually a field of Darwinian economics. It’s mostly a bunch of economists who are smart enough to know that biologists have built up a lot of theory about how evolutionary biology works, and they’re trying to apply biological principles to economics. That’s not what Epstein is doing. He’s trying to jigger his fantasy Libertarian notions of economics to fit biology, and throwing a snit because biology is not obliging.

Oh yes, a snit. The following exchange is a stunning demonstration of how thin-skinned Richard Epstein is.

I was just asking about—

I’m saying what I think to be the truth. I mean, I just find it incredible—

I know, but these are scientific issues here.

You know nothing about the subject but are so confident that you’re going to say that I’m a crackpot.

I’m not saying anything of the sort.

Admit to it. You’re saying I’m a crackpot.

I’m not saying anything of the—

Well, what am I then? I’m an amateur? You’re the great scholar on this?

No, no. I’m not a great scholar on this.

Tell me what you think about the quality of the work!

O.K. I’m going to tell you. I think the fact that I am not a great scholar on this and I’m able to find these flaws or these holes in what you wrote is a sign that maybe you should’ve thought harder before writing it.

What it shows is that you are a complete intellectual amateur. Period.

O.K. Can I ask you one more question?

You just don’t know anything about anything. You’re a journalist. Would you like to compare your résumé to mine?

Richard Epstein, you are an amateur and a crackpot, and also arrogant and ignorant. I hope this interview follows you for the rest of your days and demolishes your credibility in all scholarly things.

Physicists! » « I may have made a small mistake