And Lieberman is pretty ding-danged evil. This is, I presume, an excerpt from The New New Deal: The Hidden Story of Change in the Obama Era, which describes all the backroom maneuvering that went on to get Obama’s stimulus bill passed. It’s what our politicians do that tells us most about their character, not what they say to the press, and whoa, was Collins behind some awful policy decisions.

Wow. Wondering why we don't have enough masks or testing equipment and can't scale up quickly?

Susan Collins killed almost $1B in spending for pandemic flu preparedness. Personally. All by herself. https://t.co/XnAkp4l2p6

So…she hates education, refusing to fund school construction, and she wanted to “kill outright” all preparations for a pandemic. When Joe Lieberman is begging you to be slightly less wicked, you know you’re a bad person, and Joe Lieberman is the earthly manifestation of centrism.

That brings back bad memories of how awful the Republicans were during the Obama administration, and now they’re even worse. 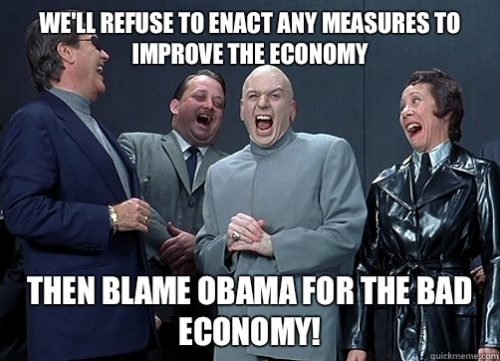 Scratch out the word “economy” and replace it with “pandemic response”, and it’s still true.