Today, we got smart. We decided to do a spiderwalk in the cool of the morning, before the day turned into an oven for both humans and spiders, and we tried some new turf, the Stevens County Fairgrounds. The fair starts next week, and the fairgrounds sit empty all year long except for, I presume, regular maintenance, making the place an interesting combination of well-kept buildings that have been sitting abandoned and mostly neglected for almost a year, and it was a utopia for spiders. There were orb webs and cobwebs everywhere, and in case you’re wondering why, it’s because the air was practically a soup of mosquitos. The metal siding of every building, in this case the Dairy Barn, was swathed in webbing, and the webs were thickly clotted with mosquito corpses. I applaud their industry. 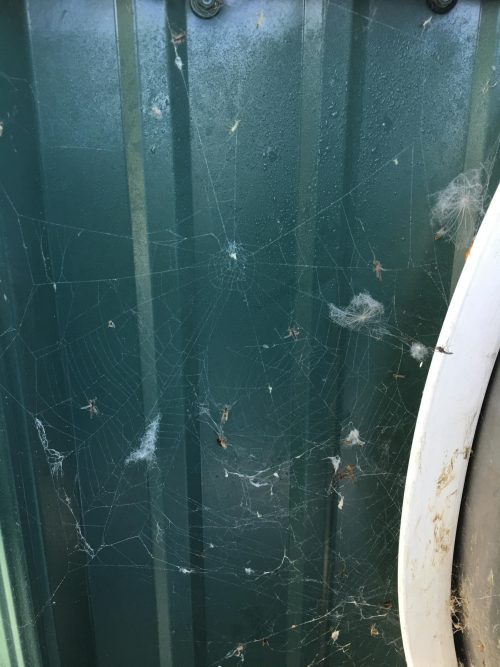 (By the way, hot tip for photographing spider webs: carry an atomizer of water with you, and spritz them so they pop out a bit more.)

Of course there were spiders there.

Mary focused on catching a few more P. tep, and grabbed a few more males, which will be going into the lab colony today. I tried snapping a few shots of the orb weavers that were hanging out in the pleasant morning airs. 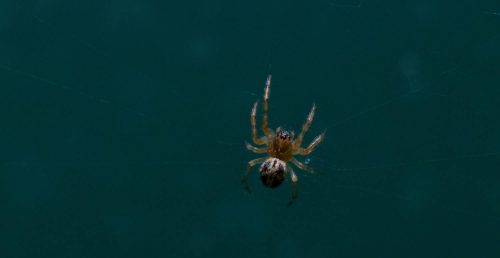 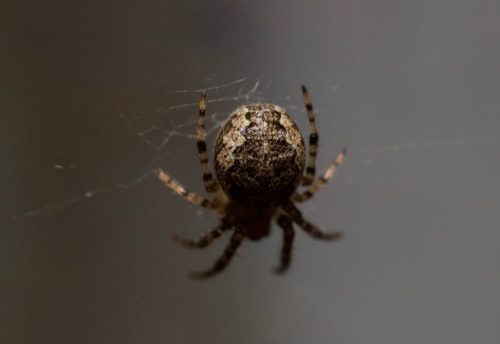 We’ll probably hit up this place again — lots of buildings to explore. But like a couple of flibbertigibbets, we thought we’d check another place that might have promise, the Morris railway station. Years ago when I visited, it was an abandoned wreck that I expected would be thoroughly spider-haunted now…but I was wrong. It’s been cleaned up rather thoroughly, and now contains offices for the Burlington Northern & Santa Fe, and seems to be a maintenance site for the railroad. It was disappointingly cobweb free. Or maybe the spiders don’t like the noise right next to the railroad?

Anyway, the only thing of interest was this bizarre disintegrating bear-pig-dog (?) sculpture outside the station entrance. No spiders. 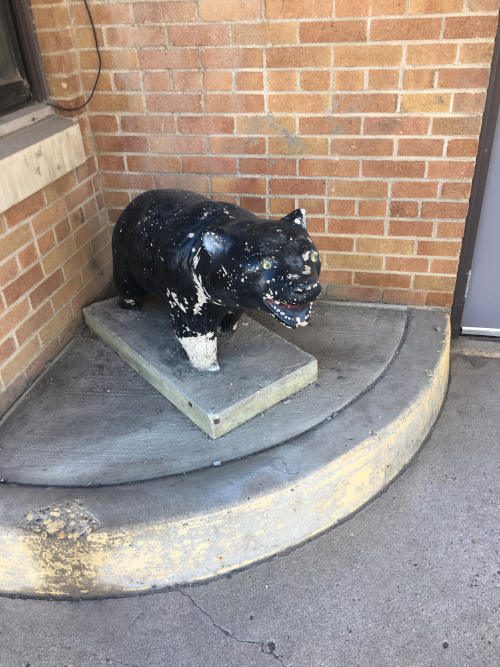 We don’t normally like caterpillars in our garden… » « Whoa — those goons buy their popularity?