The most damning thing about antifa is that we have photographic evidence of them mixing up lots of milkshakes — it’s so pathetic that the fascists had to make up a lie about them adding quick-set cement to them, just to make it seem like maybe they were a little bit dangerous.

Contrast that with the fascists. A police raid on a fascist group in Italy found this: 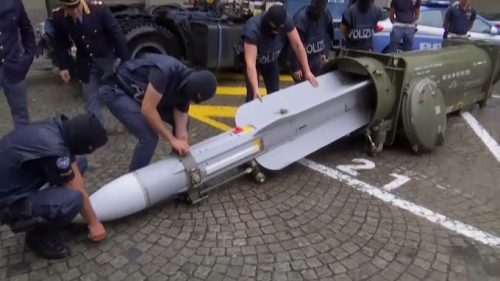 The article says it’s an air-to-air missile. I don’t think the arms race has gone so far that they have an air force yet, but maybe they just want to peel the warhead out of its shell for 500 pounds of explodey evilness.

There was also this fine collection of armaments. 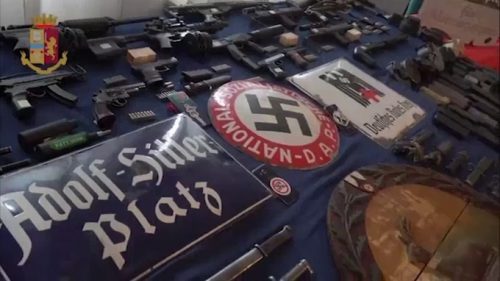 I guess they’ve seen too many Avengers movies, and need a fascist shield to counter Captain America. The guns are going to be an effective response to getting milkshakes thrown on them, for sure.