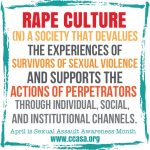 The system in the USA has led to deep systemic flaws in all kinds of important institutions. One of the arguments Lawrence Krauss used to try to dissuade me from criticizing Jeffrey Epstein was that he gives so much money to so many scientific enterprises. He’s a friend of science! He donated to Krauss’s Origins Project at ASU. He was dropping millions of dollars on various universities. Look at Harvard, they were happy to take cash from a child rapist.

My university is a small liberal arts college, not well known at all, so I don’t think anyone as perverted as Epstein has donated to us, but I have to be honest. We’re always cash-strapped, so if Epstein had called up and said he wants to give us a million dollars, our administration might well have leapt at it. It’s hard to blame the recipients of corruption when our country is trying so hard to make our educational institutions so desperate (not Harvard, though — Harvard never has any excuse, other than that they’re greedy and grasping for more).

Read this long thread from Nathan Oseroff-Spicer to see how deep the rot has gone.

Lawrence Krauss, Steven Pinker and Jeffrey Epstein have an odd relationship that provides insight into the relationship between the institutions of science, the movement of capital, the profit motive and science funding.

He highlights two big names, Lawrence Krauss and Steven Pinker. They are not accused of participating in any of Epstein’s sex crimes. Instead, what you see is an unhealthy respect for the wealthy, which motivates them to actively defend a child rapist, or in more generous circumstances, to kindly turn a blind eye to his activities. They are part of the silencing machine of rape culture. Epstein, and many others, are exploiting the system to rape and abuse, but even larger numbers of well-connected people are conspiring to keep it quiet. They wouldn’t even think of raping a child, but hey, that guy who would — he’s bringing megabucks to our research program. Let’s keep his activities out of the public eye, let’s minimize the complaints of his victims, let’s accuse anyone who criticizes rapists of inciting a “moral panic”. As Rebecca Solnit writes:

Monsters rule over us, on behalf of monsters. Now, when I think about what happened with Strauss-Kahn, who was subsequently accused of sexual assault by several other women, and with cases like his, it’s the secondary characters who seem to matter most. These men could not do what they did without a culture—lawyers, journalists, judges, friends—that protected them, valued them, devalued their victims and survivors. They do not act alone, and their might is nothing more or less than the way a system rewards and protects them, which is another definition of rape culture. That is, their impunity is not inherent; it’s something the society grants them and can take away.

You want a particularly vivid example? Just look at Alexander Acosta, the attorney who negotiated that absurdly evil sweetheart deal for Jeffrey Epstein in Florida. He arranged a slap-on-the-wrist prison deal for Epstein — he was free to go about his business, but just had to report in to the prison at night for 13 months — and as a reward, Acosta was promoted to US labor secretary. Now in his elevated position, he’s using his power to cut the budget of the agency responsible for combating child sex trafficking by 80%. Solnit was understating the problem.

Our country is run by a wealthy sex predator who elevates amoral people who have defended other wealthy sex predators to positions where they can protect more sex predators. Meanwhile, academics at wealthy institutions tut-tut those who point out the obvious conflict here as part of “a growing sexual-assault bureaucracy” that “maintains a vested interest in fueling the panic”. We’re being impressively gaslit by these apologists for rape culture.

There’s very little penalty for actively working to maintain rape culture. I learn from Rebecca Watson that Krauss is being rewarded with cruise to Cambodia and Vietnam, with his good buddy Richard Dawkins, funded by the Origins Project — you know, the foundation that used to be funded in part by Jeffrey Epstein. You too can join this luxurious 8-day / 7-night riverboat cruise with Krauss and Dawkins for the low, low price of $10,000.

Krauss is still the president of the board of directors of the Origins Project Foundation — his dismissal from his position at ASU doesn’t affect that in the slightest. Take a look at all the well-known people serving on that board. Some of them I’ve met and engaged with in the context of the atheist movement, and there they are, willingly serving a known sexual harasser and creep. I can sympathize with wanting to support a good cause, but they’re doing it by enabling a bad man. That’s how rape culture thrives.

I’m glad to be out of it. Especially since Rebecca is going to launch all those moral cowards into the sun.

Sciencing the accusations against antifa » « ICE abhors a vacuum