I think this is a paraphrase. I wish it weren’t. 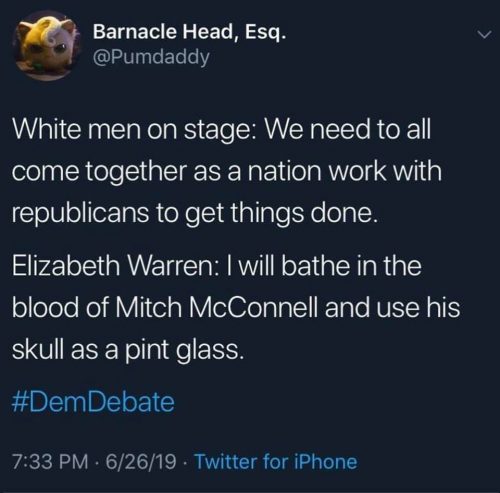 I totally skipped out on the Democratic debate last night because nowadays my usual reaction to any political event involves daydreaming about beheadings and skulls and ripping out hearts and leveling the senate already, and the visceral loathing makes me uncomfortable. If you want to talk about your takeaway from the ridiculous mob of chattering wannabes, go ahead, distill it down for me.

Can we untangle the bad associations of GMOs? » « Did I ever tell you that peer-review is not perfect?