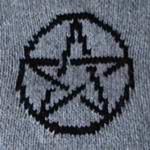 …radio host and author Carmen LaBerge noted on Twitter that the figures are striking in that witches outnumber certain Christian denominations.

“As mainline Protestantism continues its devolution, the U.S. witch population is rising astronomically. There may now be more Americans who identify as practicing witches, 1.5 mil, than there are members of mainline Presbyterianism (PCUSA) 1.4 mil,” she said Tuesday.

Portrayals of occultism as either fun or morally neutral have been appearing more in culture in recent years and in light of growing interest. Companies like cosmetics giant Sephora have attempted to capitalize on it, marketing a “Starter Witch Kit” to consumers interested in dabbling in witchcraft. However, the company angered a number of actual witches and was ultimately forced to apologize and pull the product.

I think what this ought to tell everyone is that there is growing dissatisfaction with organized religion and its patriarchal assumptions. People aren’t so much flocking to, as they are flocking away.

I’m personally not interested in becoming a Wiccan. Unless maybe they also knit.