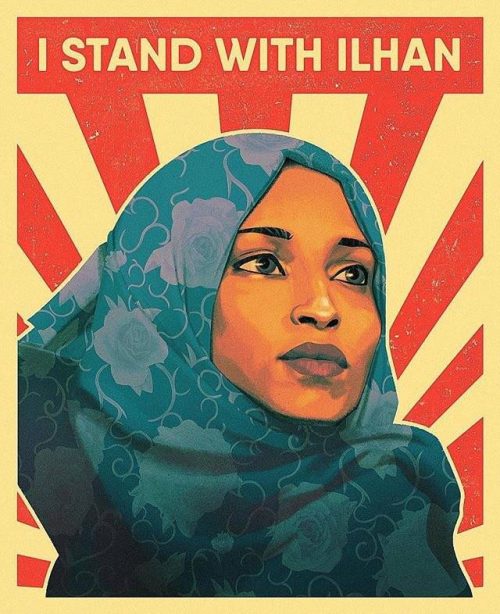 Ibram X. Kendi
It goes without saying that #IStandWithIlhanOmar. And anyone who does not stands with Congresswoman Omar stands with Islamophobia, with racism, with politicians deploying lies to inflame racial and religious terror in the country. There is no middle ground in the struggle against bigotry. The sideline is behind the lines of bigots. The bigots have cast themselves as striving against bigotry, while they have cast those striving against bigotry as the bigots. The bigots have cast themselves as the victims and cast the victims as the bigots. But nothing new there: that is the history of bigotry. Congresswoman Omar is not perfect. I’m not. I’ve expressed bigotry. Confessed my mistakes. None of us are perfect. But many of us act as if we are. What are we striving against, and for? Her record makes clear she is striving against bigotry, striving for a world of equity. Finally, it is a fact that Congresswoman Omar was not talking about 9/11 in the way Trump cast her. But bigots hate the truth as much as they hate people.

Boycott Pepsi » « I am a member of a highly privileged class