It’s hard to recruit students for research projects when you’re off on sabbatical. I’ve got one lined up so far, but I have ambitious plans for the summer and would like to get one or two more, so I’ve put together a recruitment poster. 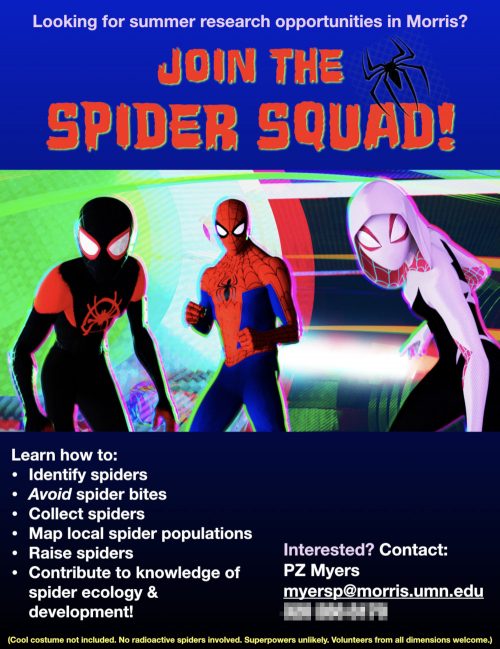 Maybe I should have used a scientifically accurate close-up of a spider face instead of something bright and cartoony, but I have to get them into the lab first. Then they’ll learn to love our new arachnid reality.