Some sure are, like Ken Ham and his crew, or that bozo Bevins, but it’s also home to well-respected universities where they teach good science and groan about the clowns besmirching their reputation. The University of Kentucky recently put up a plaque honoring past faculty who fought against anti-scientific nonsense. 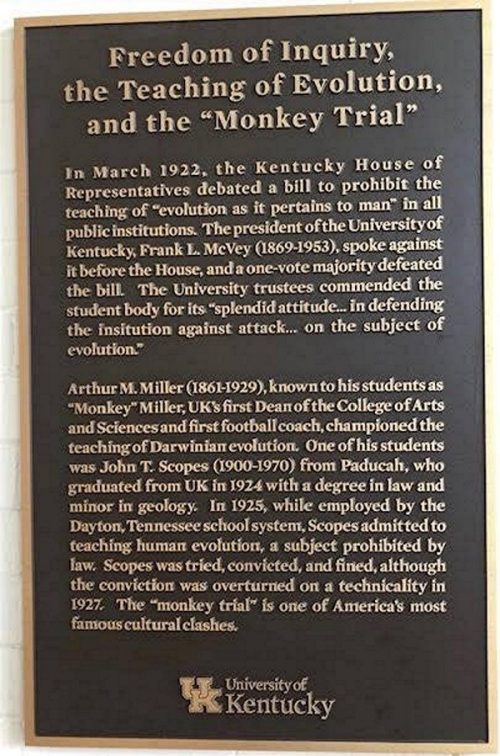 Note also in the comments that Joe Felsenstein points out that TH Morgan was a Kentuckian. Would that more citizens of Kentucky would take pride in their distinguished son than in the Australian weirdo who exploited cheap land and biddable public servants to erect a monument to folly — and his pocketbook — in their state.