I don’t know whether this article from 1971 is aggravating or hilarious. Hans Eysenck, one of those IQ guys, tried to argue that the Irish were less brainy than the English. (I’m immediately disavowing my sliver of Irish ancestry). 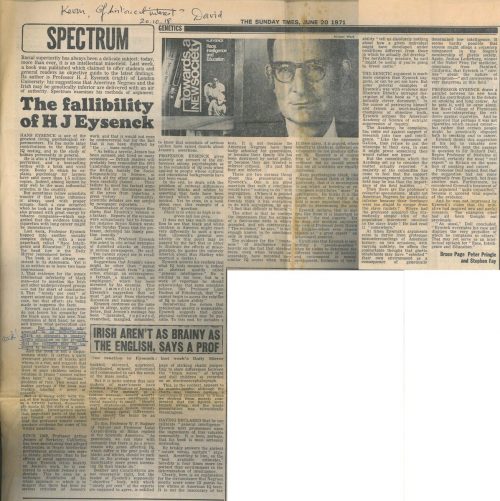 His source of information is Arthur Jensen, and he makes absurd claims like, Might not American Negroes be genetically inferior because their forebears were too stupid to escape from the slave raiders? and that ghetto inhabitants may have “selected” their own environment as a consequence of genetically determined low intelligence.

I’m going to have to point out that James Watson proudly claimed Scots/Irish ancestry.