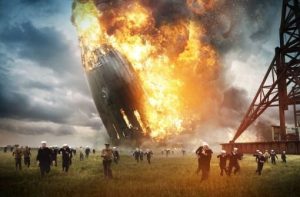 Pangburn Philosophy, you know, that guy who has been putting on talks all over the place featuring alt-right heroes, was going to have an event in New York this weekend called A Day of Reflection. It’s been hemorrhaging speakers for quite some time — Sam Harris and Maajid Nawaz backed out of it a while back, they couldn’t meet Jordan Peterson and Ayaan Hirsi Ali’s demands, and then Bari Weiss cancelled. They were reduced to booking actual progressive speakers, like Rebecca Watson and Cara Santa Maria.

Update! This event has been canceled. I spent several minutes reading Bari Weiss op-eds yesterday and I will never get that time back, and for that I shall forever curse the name "Pangburn" https://t.co/ui7ztKjA0c

Apparently, the problem was gross mismanagement: speakers weren’t getting paid, people who bought tickets ($300 for the NYC event!) to events that were cancelled weren’t getting reimbursed, and with that news, you’d have to be nuts to buy a ticket to any Pangburn event, given its odds of getting dropped or its speaker roster changing radically, leaving you holding the bag.

Bye bye, Travis Pangburn. I don’t think we’ll be hearing much of you polluting the skeptic/atheist movement anymore.

Just for the sake of recording this, here is their original announcement for the event: 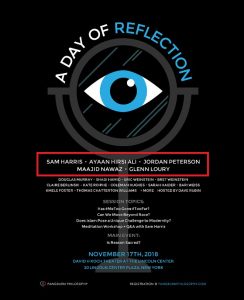 Notice the featured speakers: Sam Harris, Ayaan Hirsi Ali, Jordan Peterson, Maajid Nawaz, Glenn Loury, and it was to be held at the Lincoln Center.

Here’s the web page a few minutes ago: they lost all but Loury. 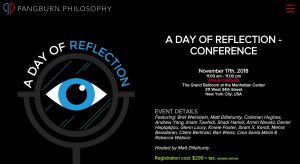 If you look tomorrow, it’ll probably be a blank page, or an error message.