Trump is currently in the process of thrashing around, wrecking NATO, but next he’s going to be summoned to stand before his master, and I suspect it’ll go a bit like this. 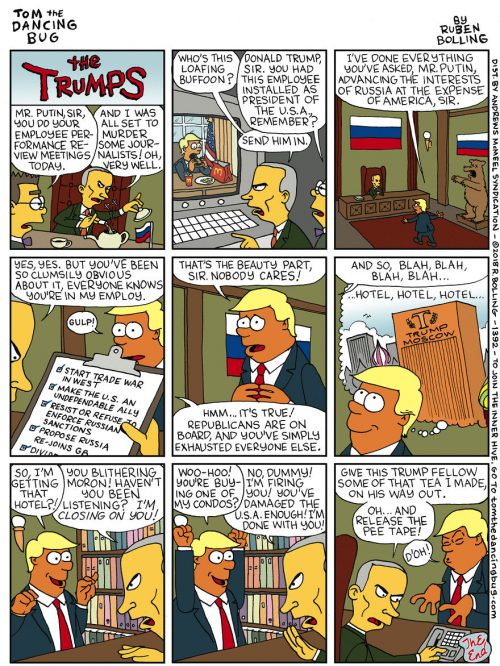 He doesn’t have to worry for long, though — shortly after that he’ll be back in the embrace of his Republican enablers/incompetents/traitors, and all will be well for him again.

In other words, the status quo will be reset at the beginning of next week’s episode.