Oy, that was an ugly misstep. It was foolish to try and label your identity something that makes everyone outside your group feel like you’re calling them dim.

But now some tiny group of people have started a really stupid meme campaign to relabel “white people” as “people of light”. I don’t think you can do that accurately, unless you’re so white you glow in the dark.

Anyway, I’ve put a few of their goofy memes below the fold if you want to laugh at them. 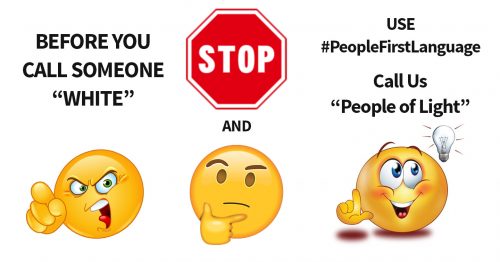 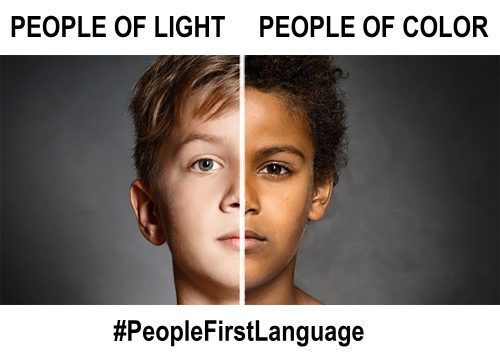 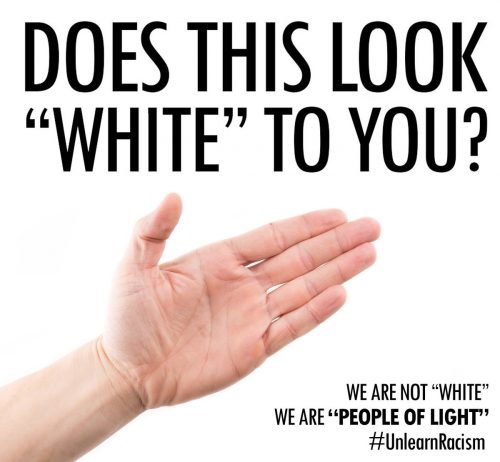 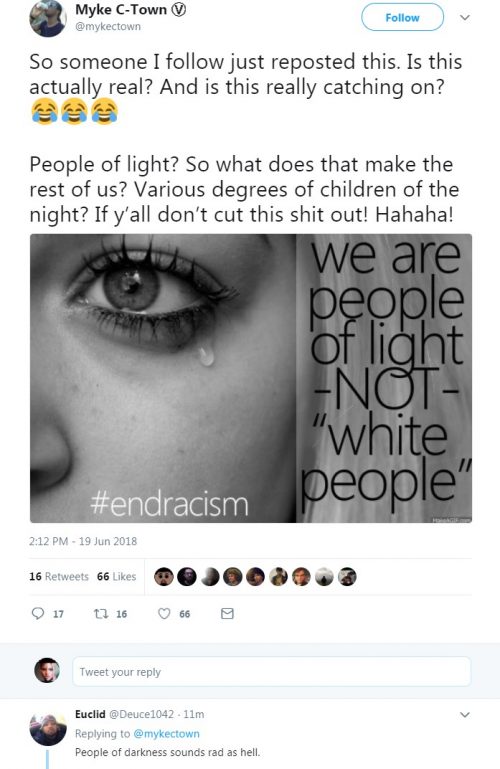 It seems this is actually an anti-marketing campaign by the tribe of trolls at one of the chans. I think the idea is to ridicule the label “people of color” by making up a not-very-equivalent term and inducing people to criticize it, so they can then turn around and likewise criticize minority groups. It’s obvious and not very effective.

But then, you’re not going to find very insightful people chumming the waters at 8chan.

Dialectic, not debate » « Free speech, but only if you aren’t rude to Jordan Peterson