Mad Mike Hughes, the guy who build a steam-powered rocket to prove that the Earth is flat, succeeded in launching himself into the sky yesterday. He reached an altitude of about 600 meters, was battered in the landing, but he survived. 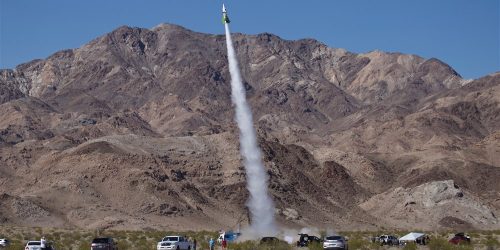 The one thing he did not accomplish was to prove that the Earth is flat.

I don’t quite get the point of the rocket, though. He could have just rented a Cessna, which has a service ceiling of something around 5000 meters, and reached a significantly higher altitude with little personal risk, and he probably wouldn’t have needed to be carried away in a stretcher afterwards.

So that’s what lesbians do! » « Spring sprang! Time to get nerdy on the deck