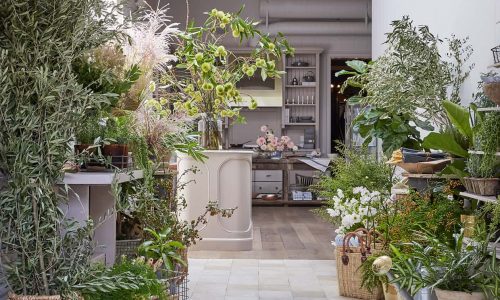 The store, called Goop Lab, opened this week in Brentwood Country Mart, a cluster of boutiques in a plush, celebrity-filled neighbourhood near the Pacific Ocean which likes to call malls “marts”.

The shop is airy, bright and small, just 1,300 sq feet, with soft music and smiling, white-clad staff – a physical embodiment of the online store that inspires devotion for Paltrow’s vision of wellness and scorn for products such as jade stones which women are invited to insert into their vaginas.

Crap. Her ‘lab’ is bigger than mine. Much tidier, too. I’m also missing out on a profit opportunity here.

The entrance, which mimics a garden, offers “buttery and soft” deerskin gloves for $48, gold-handled floral scissors for $72 and the “prettiest compost bin ever” for $175.

Further inside, you find a pair of Portuguese napkin rings with images of sky blue swallows for $56 and a champagne flute for $180. A silk blouse costs $685; a floral dress $795.

Probably the first thing you’d see in Myers Lab is a cable rack draped with years of accumulated wires and connectors, some of them antique and artisanal. I should slap some pricetags on them.

On the left, the interior is dominated by a large cattle trough which is used as a reservoir for the flow through water system for the fish tanks. Imagine you hear the lowing of well-groomed happy cows, and the burbling of a brook running through the field. That is the ambience we are going for.

I have nothing to compare with the “prettiest compost bin ever”, unfortunately. I do have some chemical waste disposal containers, though — maybe I should spruce them up with a cheery sprig of heather, and sprinkle some sapphires about the bench.

At least I have some tiny, delicate iris scissors that were a heck of a lot pricier than her floral scissors. How déclassé of her.