I also liked “Thoughtleaders are more of a marketing gimmick than a philosophy,” and generally enjoyed this video immensely, in part because I detest the horseshoe theory and think that centrists are just polite fascists with a faint sense of shame.

I did disagree with one comment, though: “Islamists” are a thing. It’s a term used by Muslims and ex-Muslims to describe extremist religious fanaticism; it’s intent is to distinguish general, ordinary, non-fanatical Muslims from the raving loonies who use their religion to excuse violent, abhorrent behavior, so it is a useful word, just as “Christianist” is handy to distinguish, say, Theocrat Mike Pence from the more casual and benign faith of my mother. 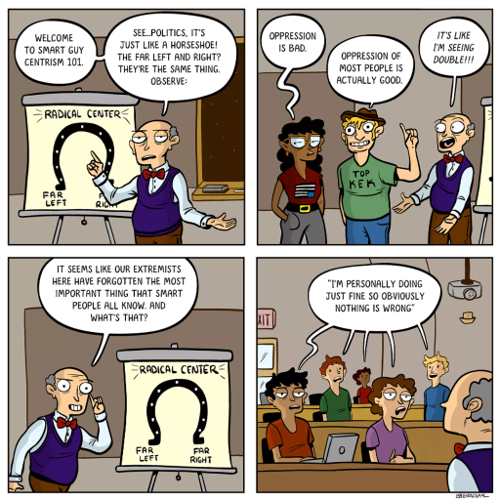 It begins » « Reminder: weather can be fiercer than you imagine