The man with a reputation as Dumbest Man on the Internet, Jim Hoft, has a blog called Gateway Pundit.

The Gateway Pundit blog has press credentials at the White House, and Hoft might have a rival: his “journalist” representative is Lucian Wintrich. Wintrich posted this: 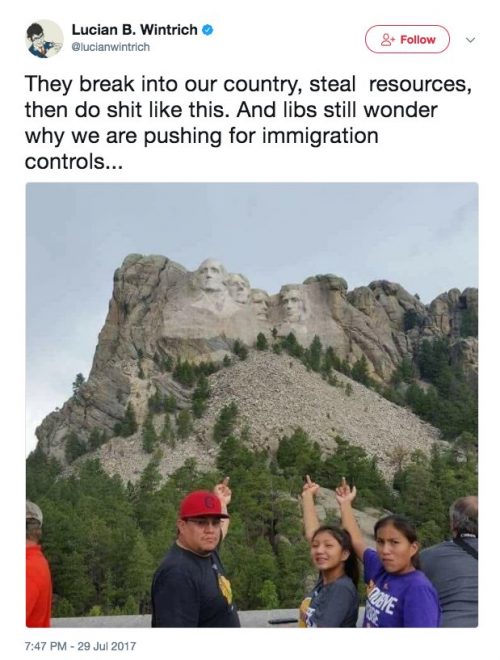 They break into our country, steal resources, then do shit like this. And libs still wonder why we are pushing for immigration controls…

That was quick » « The New Atheism is dead. Long live atheism.