I took one of those tests of political orientation on the interweb, and it came back with the results and called me a Libertarian Socialist. I am so insulted. 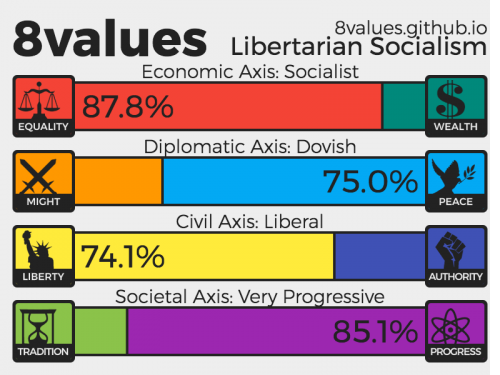 I know, I know, they mean well, but “libertarian” is one of those words that has been poisoned by the dumbasses who apply it to themselves.

Goddamn police » « Finally, a sporting event I can get into