Oh jebus. Lucas Werner is gloating about winning millions of dollars in a lawsuit against Starbucks, because they wrongfully banned him when all he’d done is pass a “nice note” to a young barista he found attractive.

Unfortunately for him, a “nice note” of the kind he passes to people has been revealed. 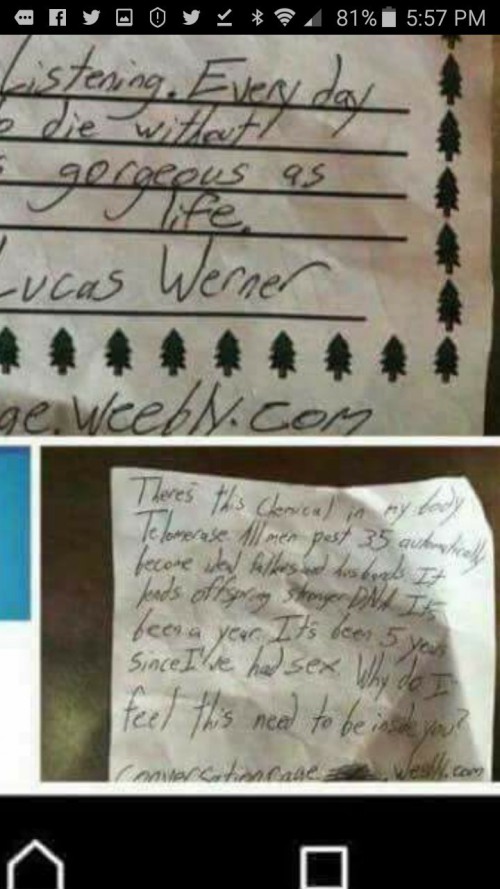 There’s this chemical in my body Telomerase. All men past 35 automatically become ideal fathers and husbands. It lends offspring strong DNA. It’s been a year. It’s been 5 years since I’ve had sex. Why do I feel this need to be inside you?

“Nice” is not the adjective I’d apply to that: “creepy” is more accurate. As a biologist, I’d say “WRONG” would also be good, although I think the barista is more reasonably going to feel that the former is the right word to use.