Spokane’s most single man is getting a heck of a lot of press. Inquisitr covers him, he made it to Seattle television news…I almost feel sorry for him.

But then I discovered his Tumblr page. 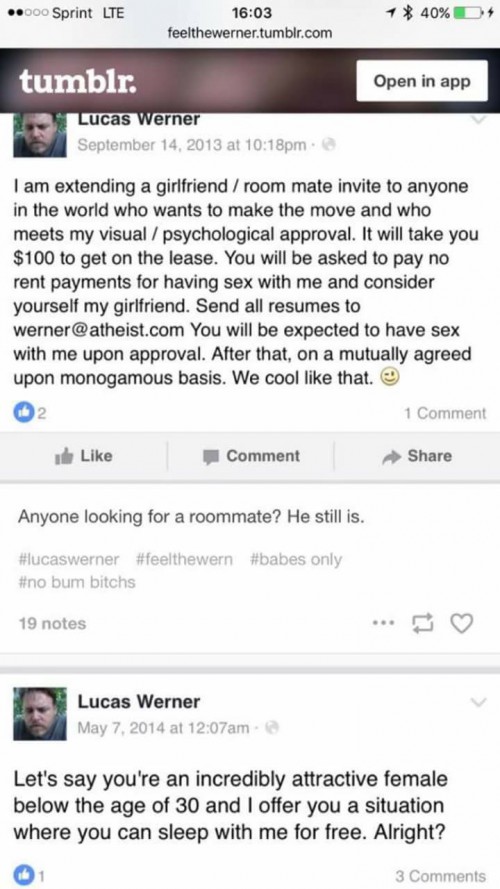 Sympathy…evaporated. Although with this kind of heavy criticism, it might be a good idea for law enforcement to be aware of him in order to protect him. Another side of this kind of toxic masculinity is that some people will feel justified in doing violence to him. Nothing he has done warrants violent action or even legal sanctions — his creepiness is self-defeating.

I do appreciate the fact, though, that he has taken a fairly common ugly sort of behavior and taken it to such an extreme that the media finally noticed.

Is this any way for Dracula and Frankenstein to act? » « Nixon lied. Nixon killed Americans and Vietnamese needlessly.