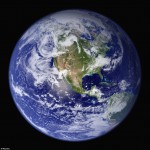 Why do people take Elon Musk seriously? I know he’s been successful with his car business, and SpaceX is making great progress, but every time he opens his mouth he sounds like a delusional maniac, or worse, he sounds like the Discovery “Five Year Goals” Institute. His latest extremely optimistic plans are rather unbelievable.

SpaceX founder Elon Musk has outlined his highly ambitious vision for manned missions to Mars, which he said could begin as soon as 2022 – three years sooner than his previous estimates.

He’s going to solve all the technical difficulties of that mission — and all of the expenses — in six years. I know the US made a commitment to land a man on the moon in a span of a decade (and succeeded!), but that involved a major effort by a nation, fueled by cold war competition. I don’t think Musk has that kind of clout.

Then, this is really unclear. I assume he’s only talking a small crewed mission in six years, not launching a rocket with 100 people aboard to Mars, but I don’t know — his optimism sounds like it’s going to explode out of the top of his head.

In order to achieve this goal, Musk outlined a multi-stage launch and transport system including a re-usable booster like the Falcon 9 which SpaceX has already successfully tested – only much larger. The booster, and “interplanetary module” on top of it, would be nearly as long as two Boeing 747 aircraft. It could initially carry up to 100 passengers, he said.

That can’t work as a Mars vehicle. A 747 holds 400-500 people in cramped quarters for short hops, but doesn’t need to carry elaborate life-support systems, food, water, and air, and all the fuel for a 260 day journey. But the highest capacity destination in Earth orbit, the ISS, has only 6 sleep stations and has held at most 10 people at once. So I’m not sure why he’s planning a large space bus right now. Especially when he freely states that the current cost of a seat on that bus would be about 10 billion dollars.

But at least he’s solved the really important issue of what to name his space ship already.

The first ship to go to Mars, Musk said, would be named Heart of Gold as a tribute to the ship powered by an “infinite improbability drive” from Douglas Adams’ science fiction novel The Hitchhiker’s Guide to the Galaxy.

And it wouldn’t be a Musk event without some mention of the locust mindset. We’re all gonna die if we have to stay on this huge planet we’re adapted to live on, so we’ve got to get a few people to the off-world colonies, which we know are all inhospitable hell-holes. But…but…EXTINCTION EVENT.

He said there were “two fundamental paths” facing humanity today. “One is that we stay on Earth forever and then there will be an inevitable extinction event,” he said. “The alternative is to become a spacefaring civilization, and a multiplanetary species.”

We know a few things about extinction events, having caused a few for other species. We know, for instance, that a major cause is habitat destruction, elimination of the environment to which the species is well-suited and capable of independent survival. If you want to foster the survival of a species, building a big steel-and-glass enclosure that holds a few representatives that you have to feed and care for artificially is only a stop-gap measure — you want them to thrive, you have to restore their environment fully.

Face reality. If planet Earth goes, so does humanity. It’s the end. Game over. Putting a few of our people in a self-imposed space zoo does not save the species, it only prolongs the agony briefly. If you really care about the problems facing humanity, and are thinking extremely long term, you have to appreciate that a species is part of a larger system that must be maintained.

So please do explore the universe and send rockets and people to other planets — I think that’s cool, and a part of what we overgrown monkeys do. But when you frame it as “saving the species”, I know you’re an ignorant fool and will stop trusting you to be competent at whatever other goals you have.

How full of it is Sean Hannity? » « Tonight at Cafe Scientifique